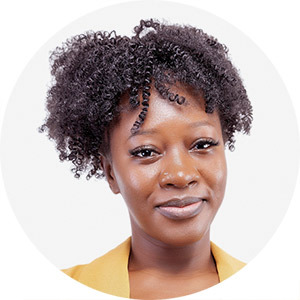 “The communications challenges for AI in the coming years will be helping people understand the power of AI vs the fear factor of AI. Many people are still skeptical, and rightfully so.” - Rebecca Harris, Senior Manager, Customer Engagement Center Of Expertise at General Motors.

What if every negative thing you have watched about artificial intelligence (AI) was not quite accurate?

A large, and arguably influential, part of communication is concerned with the visual - what you are able to see. While “what you see is what you get” is true about a lot of things, just how true is it in relation to AI? The entertainment industry has done an amazing job of bringing AI into mainstream consciousness through science fiction, while simultaneously disadvantaging the AI industry by describing future dystopias in which hyper-intelligent androids come into contact with humans. The story usually never ends well for humanity.

In many of these dystopian tales, humans can be found living on the fringes of society, fearing for their lives and looking for ways to destroy their dark and fearful creations.

But the truth about AI could not be further from these bleak (and often scary) movie plots. And while the whole of humanity is currently united in a battle for the future of the human race, it is not against aliens or AI powered robots. Instead, the battle is being waged against diseases and pandemics. Even more ironic is that instead of being the villain plotting the destruction of humankind, AI is proving to be our ally in improving healthcare outcomes and securing our collective existence.

Having watched my fair share of sci-fi movies and having seen Sophia, the social humanoid, on the news, my heart skipped a beat when I was first approached by macro-eyes. But the more I researched this AI company aiming to rebuild the very foundations of healthcare, the more I saw the good in this opportunity in front of me. Through my communications work for macro-eyes, I have come to discover that my biggest hurdle and priority if I am to effectively share the groundbreaking, lifesaving work my organization is doing, is, among others, correcting the visual misconceptions around AI. Changing the lens on the view of AI from “scary” to good for us all.

Even more ironic is that instead of being the villain plotting the destruction of humankind, AI is proving to be our ally in improving healthcare outcomes and securing our collective existence.

So how do I do this?

In the few months that I have been exposed to AI technology away from the world of fiction, seeing a real glimpse of it today and what it may look like in the future, I have realized that before we even get to explaining the algorithms that power the intelligence, we need to get better at visually showcasing the different applications of AI. We need to change the face of AI. Artificial intelligence needs a rebrand.

We live in a visual world. Logos are used as organizational identities. Images are carefully selected and curated to represent a product. The first step in addressing the challenges around communicating AI is giving AI a new identity.

For one, it looks nothing like the plot of the famous “Terminator” series of movies. There are no cyborgs physically tracking disease and stopping it in its tracks. Instead, the story of AI is much less about its form and more about its function. AI’s new identity is less about the 0s and 1s that power it and more about how it manifests its presence in our daily lives.

While multi-million dollar, robot-powered technology that conducts complex surgeries often holds the limelight when it comes to AI, the truth is that many of AI's most useful, real-world applications are invisible.

The invisible affects the visible

As Antoine de Saint Exupéry, author of The Little Prince, put it, "What's essential is invisible to the eyes." Ordinarily, one cannot see or touch air but it is critical to our being. One cannot touch electricity, but its impact in our lives is evident. It powers everything around us. We do not question its presence around us anymore, we just flick a switch and expect it to be there.

AI in healthcare, much like electricity, serves to illuminate the systems around us. While you can wear some AI in the form of your Apple Watch and FitBit device, the greater work of AI takes place beyond what we can see or touch. It’s the part whose implementation we cannot specifically point out, but that’s always there. Silently working in the shadows – for the betterment of our lives.

AI in healthcare, much like electricity, serves to illuminate the systems around us..the greater work of AI takes place beyond what we can see or touch.

A lot of AI in healthcare is about optimization. It is about making sure people see their physicians for follow-up appointments, saving millions of taxpayer dollars in lost time from missed appointments. It is about making sure that healthcare centers have just the right amount of vaccines in stock at any given time to prevent breakouts of easily preventable infectious diseases like measles. This addresses common challenges like shortages, and the loss of millions of dollars’ worth of surplus vaccines to expiration.

AI’s new and truest identity is really all about being mankind’s versatile, adaptable and invisible helper. A helper that can learn, take correction, and do a lot of the heavy-lifting to solve problems we as humans cannot solve, problems we have ignored because they were beyond our grasp. Each of these solves several problems that we have already defined and enables humans to refine their daily burden to more human objectives. AI let’s humans be humans.. It’s time to rebrand artificial intelligence as a boost to our human intelligence and human capabilities – one that is for good.